Irrespective of whether you know about coworking spaces or not, you must have heard about WeWork once or more.

WeWork was also in the news for all the wrong reasons lately with people questioning the stability of its business model and the firing of its CEO Adam Neumann.

To understand What WeWork is and what led to its downfall, we need a closer look at its business model.

WeWork is an organization that rents office spaces to other startups, small and large enterprises. According to some real estate experts, WeWork offers office space as a service or a micro-office space.

WeWork is a New York-based company that started off in 2010 by renting out shared office spaces but recently, they have begun renting entire floors to large enterprises. 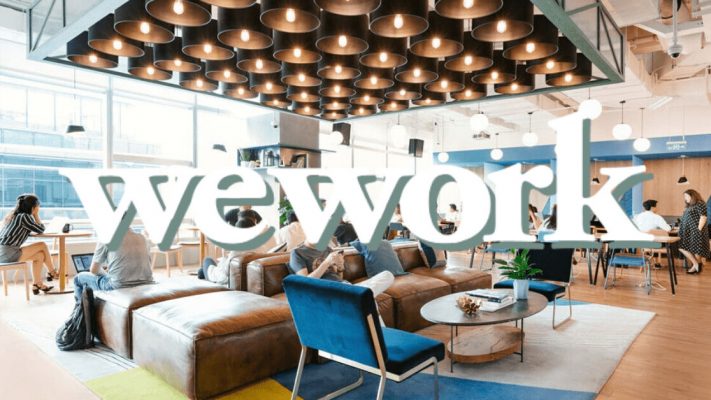 office space, software for booking conference rooms and software for analyzing data about how people are using WeWork resources.

Companies like Microsoft and IBM have been using WeWork only in areas where they need fewer employees. However, many of these companies now are asking WeWork to manage entire buildings for them.

How Does WeWork Make Money?

Spread across more than 550 locations, WeWork’s business looks like a conventional real estate play.  Everyone, starting from solo entrepreneurs to large companies can rent out anything from a desk to a private floor.

So how is WeWork different from an average real estate company?

The difference lies in how it is valued from average real estate companies due to the unique way it delivers value to both tenants and landlords.

WeWork offers flexible spaces, on-demand, with short-term leases to his tenants that are pretty hard to find in today’s world.

This solves the main problem of most startups of finding a new office space, moving in, signing a long-term lease, remodelling the space, and shifting to start it all over again.

After outgrowing the WeWork membership, a company can upgrade to a better workspace option, a private office, or even a private floor, thus reducing friction from transitions.

WeWork provides significant value for landlords as well, including higher rents, an expanded tenant pool, and increases in rent estate values. WeWork reported rent premiums of 15-29% in buildings it occupies in New York and Los Angeles.  It estimates that it has generated $250 million in revenue for landlords in cities like Chicago, Los Angeles and New York alone.

Reciprocation of value is the key to WeWork’s model – the engine of this company’s billion-dollar valuation.

As WeWork increases in size and spreads to more locations, the more it will be able to negotiate favourable lease terms with landlords. The reason it can do this is because of its negotiating power and its aforementioned brand.

How much money it makes and how many tenants it can fit into their buildings depends on how it deals with landlords.

On the flip side, that increased revenue and higher occupancy can translate into improved service offerings for tenants. The better WeWork can make its service, the more members it can acquire — and the more it can re-invest in member experience.

The core revenue earner of the WeWork business model is coworking memberships.

WeWork earned a total of $1.8 billion in revenue in the year 2018, with 88% of the revenue tied to memberships.

This 88% number includes the revenue from WeWork’s ancillary offerings including:

Broadly, WeWork’s offerings can be divided into two main categories:

Memberships, which target individual freelancers and solopreneurs as well as startups and small teams

Enterprise offerings, which adapt the WeWork model to the needs of large organizations 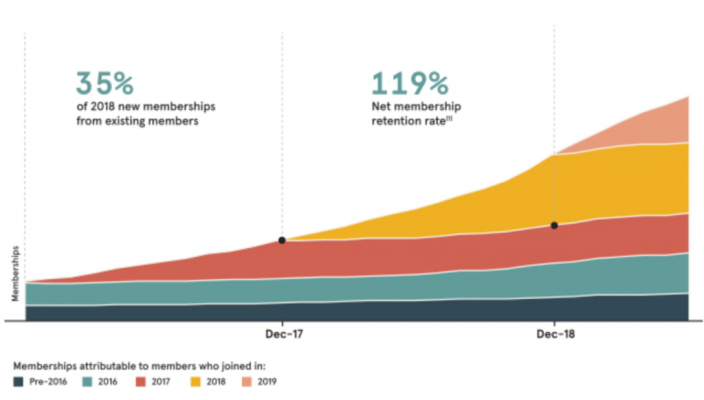 WeWork has the following membership options:

The lowest-value membership option that WeWork has is the shared workspace option. It is not the company’s most profitable sector but it is definitely an important foundation for what’s built above it. 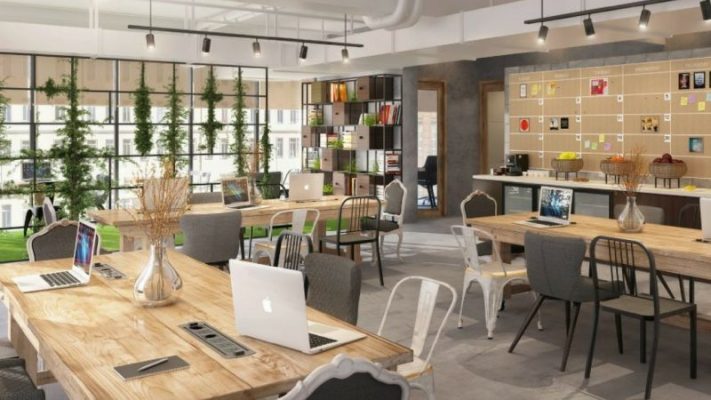 Shared Workspaces are what people picture when they hear about coworking spaces. Every morning, members come in and book any desk space in a common area, or for $100 extra per month, they can settle in at their own dedicated desk in the shared workspace.

The next membership option at WeWork is the Private Office. Private office memberships are primarily intended for teams of small sizes, remote workers, and small companies.

This membership gives members access to a dedicated enclosed space with access to share spaces and amenities, such as meeting rooms, coffee, lounges, and printing services. 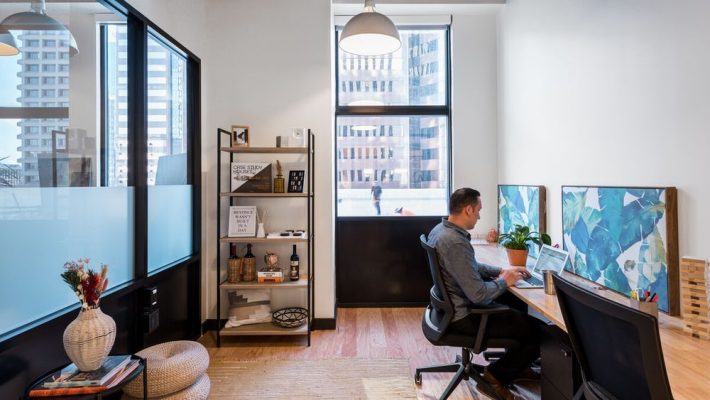 Private Offices at WeWork accommodates between 1 and 100 people.  The prices for private offices start at $410 a month.

The next membership option available at WeWork is an Office Suite. It is intended for teams of 20-250 people. 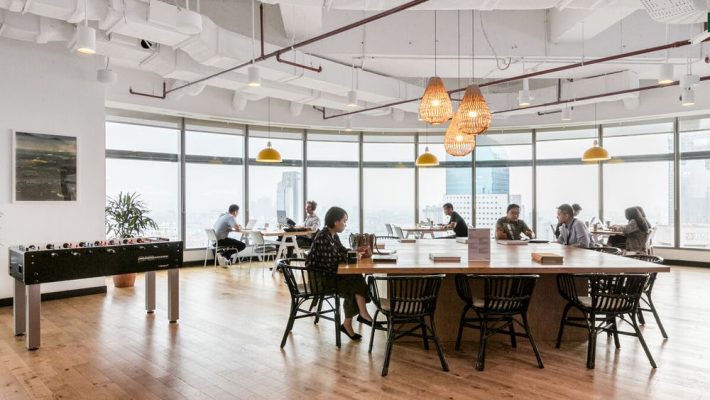 The main difference between shared workspaces and office suites is that instead of sharing spaces with other members, office suites come with their own private reception, conference rooms, executive offices, phone booths, and pantries.

The membership option that lies above office suites is Headquarters by WeWork. It is a white label solution for enterprise clients.

Rather than setting the company up with a space inside an existing WeWork, headquarters are set up in standalone locations sourced by WeWork in a neighbourhood of the client’s choice. 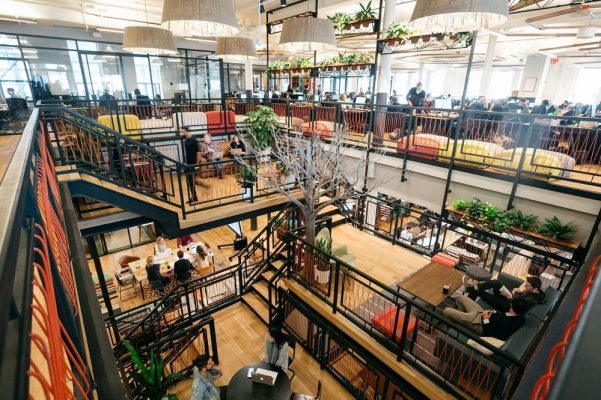 Clients for this service also opt to have internal staff manage day-to-day operations for their location, with WeWork taking what the website refers to as a “behind-the-scenes” role.

This is what really kicks WeWork’s model into high gear. Enterprise Clients Enterprise clients (defined in WeWork’s IPO materials as organizations with 500 or more full-time employees) bring with them more members, more stability, more money, and more data — all of which serve to reinforce WeWork’s flywheel approach. 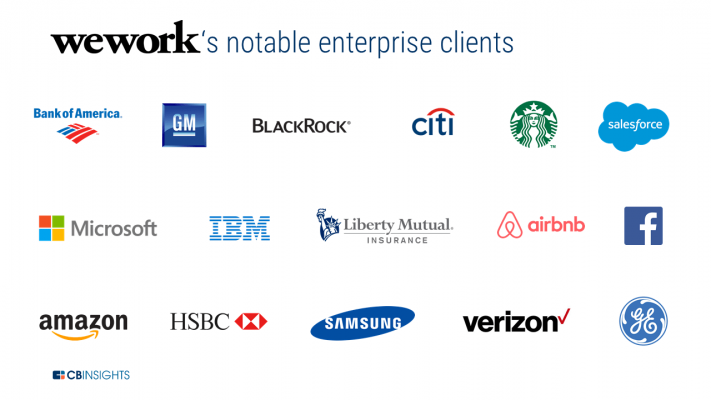 However. from the year 201, WeWork started to shift more of its focus to larger organizations.

As of June 2019, corporate clients make up 40% of WeWork’s membership, an increase from 30% at the same time last year.

Companies like Microsoft, Facebook, BlackRock, Adidas, Citi, and Salesforce have chosen WeWork as their coworking space. In fact, according to the S-1, 38% of the Global Fortune 500 are WeWork clients.

Designed primarily for businesses with travelling and remote workforces, the Global Access option essentially allows businesses to buy memberships for its employees to WeWorks around the world.

WeWork’s custom build-out option gives corporations the option to have WeWork design and build out a completely custom office. 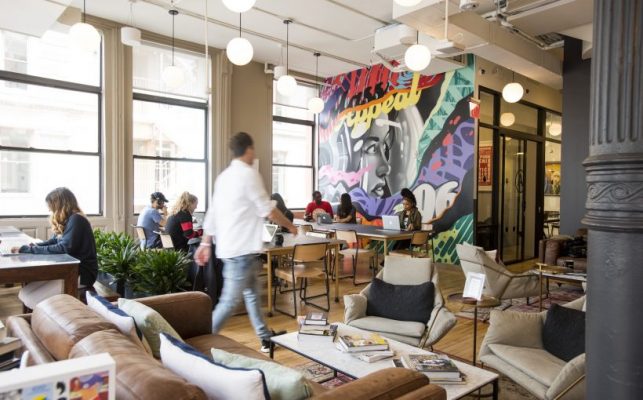 In this model, WeWork does not build or manage any new spaces. Rather, it positions itself as an office space consultant, leveraging data, engineering, and design expertise to reconfigure enterprise clients’ existing spaces in a bid to boost productivity.

WeWork is not the first organization that has seen business opportunities in offering outsourced workspace solutions to organizations. IWG has been doing this for more than 30 years.

IWG is profitable, unlike WeWork. IWG is the coworking company best positioned to challenge WeWork on a global scale. However, IWG is trying to move out of the WeWork game. 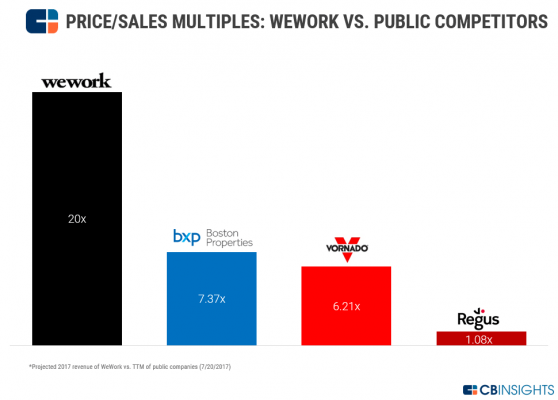 A division of IWG, Spaces has 180 locations in around 50 countries. It has plans to reach 400 locations this year.

Spaces are best suited to challenge WeWork with its emphasis on larger spaces and a more modern aesthetic.

Even though WeWork has been earning revenue at an impressive rate, the company’s costs have been rising just as fast. 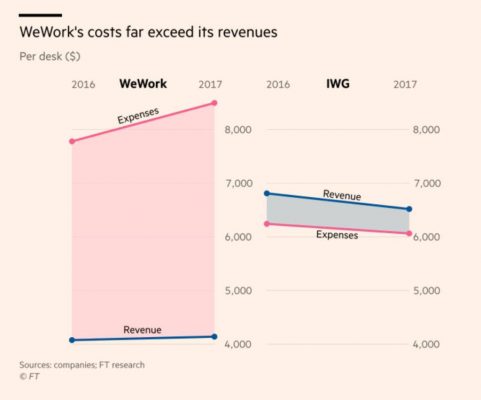 The rising costs are a result of the aggressive expansion trajectory undertaken by WeWork. Last year, the company doubled its presence.

The most significant costs undertaken by WeWork are the $18 billion in rental commitments the company made, as well as renovation and construction costs.

The most significant cost on WeWork’s balance sheet continues to be rental commitments.

WeWork’s rental commitments will not be a problem In times of strong economic growth since the company can reasonably expect occupancy rates to stay high enough to cover the expense. 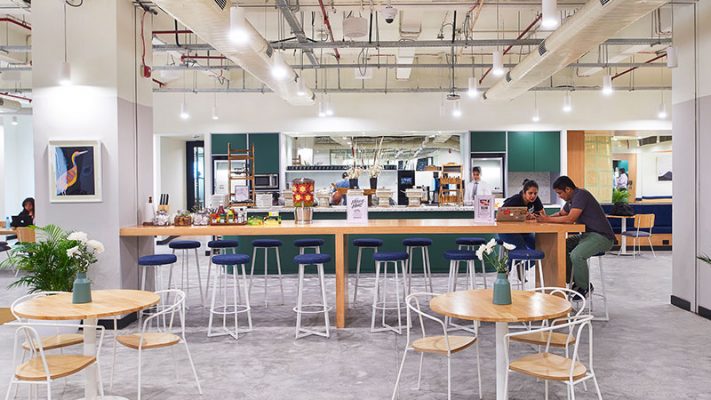 However, if a recession should hit and membership flags, WeWork could be left holding the bill for rent obligations it cannot meet.

The next most significant cost contributor on the WeWork balance sheet is the build-out of the locations themselves. 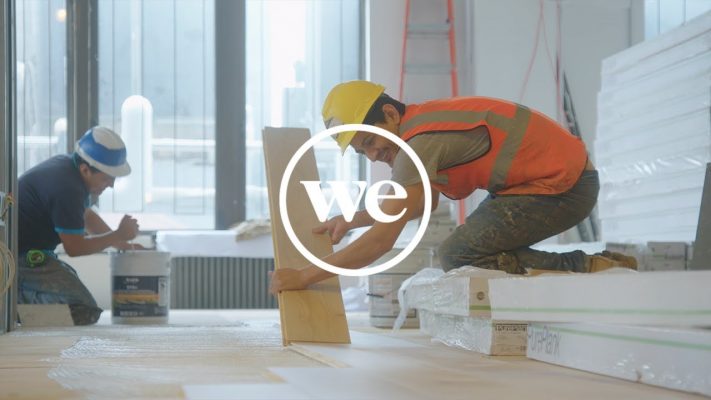 After rent and build-out costs, the major cost is that of member acquisition and retention. Once the spaces are developed, it’s time to recruit members.

That comes with costs of its own — costs that have increased alongside revenue as the company continues to prioritize expansion. 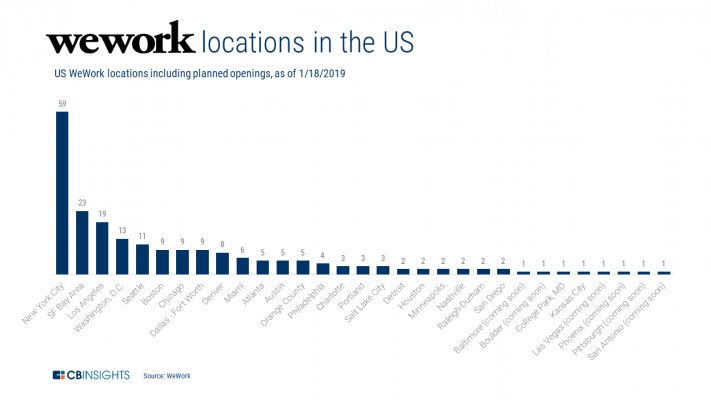 WeWork provides value to its customers in the following ways: 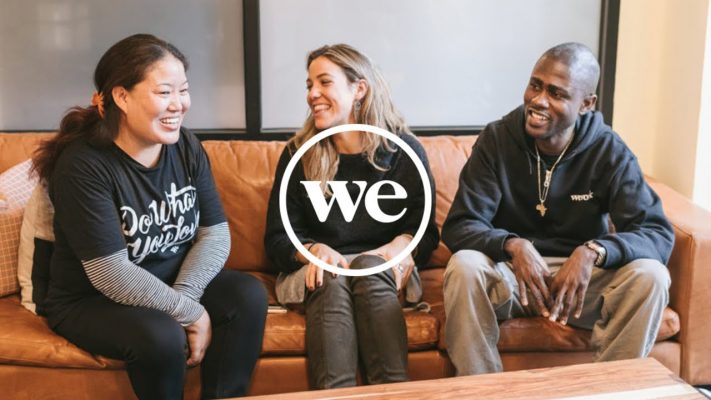 WeWork partners up with a range of companies and businesses in order to provide its customers with the best possible services and amenities. These partners can be categorised as:

The key resources that WeWork has are its network of office locations and related equipment. It also includes its IT and communication infrastructure, its partnerships and service providers, and its personnel.

WeWork’s most important resource is its portfolio of owned and leased properties. 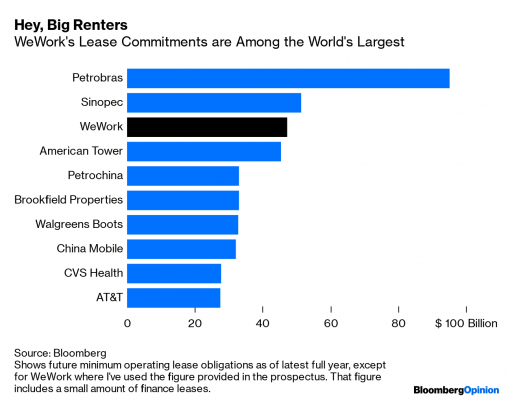 Why do landlords take WeWork as a tenant?

WeWork’s business model makes more sense from the perspective of the landlord despite the long-term lease agreements and high fixed costs.

For managers and commercial property owners, it’s less complicated to have one contract with one large company for a fixed period than to find and lease to many different tenants for short periods of time, especially if the building is in a challenging real estate market.

Overall, the managing efforts and negotiation processes are much less troublesome with one tenant, and WeWork usually leases properties for 10 years. This takes less time and resources away from the building owner and takes care of the biggest concern for landlords which is vacancy rates.

If you want to know more about WeWork or coworking in general, contact us at www.workstreet.in. Cafes vs Coworking Spaces – Who will win the battle of workspaces?